You are here: Home / Archives for Bridging Media

I often have people look at me with surprise when they learn that I am a scientist.  “But you are so creative???”

This attitude towards science, has always perplexed me, as a true scientist is highly creative … these are after all our Out-Of-The-Box thinkers.  Just look to history, and you’ll see that some of our greatest scientists were highly creative and accomplished artists ~  Leonardo da Vinci for example.  I mean for heaven’s sakes, it takes a creative mind, like that of Galileo, to challenge the perception of our whole world view in the 1600s from seeing it as a sphere, as opposed to flat.

I was reminded how perplexing I find this disconnect in people’s minds between science and creativity when I was sitting in a Merging Media session this morning on successful tech start-up business tools, presented by the Canadian Film Centre.  The tools were basically apps for building a business plan (Business Model Canvas) and to apply the Scientific Method to your business plan (Validation Board), or in the case of this room, your storytelling project. I started getting excited at the idea of the Validation Board (although it did strike me that a such research, experimenting and hypothesizing should be a given to any transmedia project). That is when the presenter started to discuss what a pain and how dull working through the Scientific Method is.  This was intended to be their way of saying that even though they hated the process, it was useful to the success of their project.  How this impacted me, however, was with incredulance that the Scientific Method would be treated as a dull necessity.  The Scientific Method is both a creative process and an engaging one.

Now, not everybody may get as excited about the Scientific Method as I do.  That aside, when teaching, you don’t want to set your students’ minds at odds with the process you are asking them to partake in, and given that this room was comprised of a good deal of academics, I am sure I was not the only one offended by the poor treatment of the Scientific Method. Put on my  storytelling hat, and the notion that the storytelling community would not understand something labeled in scientific terms is equally as offensive. Furthermore, having been involved in organizing many of the original events in Canada on bridging the traditional media and technology communities, encouraging storytellers and technologists to work together to build transmedia, this attitude creates a step backwards in that conversation.  It puts the two groups at odds, which is not where they should be, especially given that we were at a transmedia conference. I am happy report that once we started to apply the discussed applications to select projects in the room, the participants of the Master’s Class were highly engaged in the process. They enjoyed it and saw the benefits of it.

I look forward to continue to build transmedia in the manner it should be, in which both the storytellers and the technologists (scientists included) are treated with the creative respect that they both deserve. 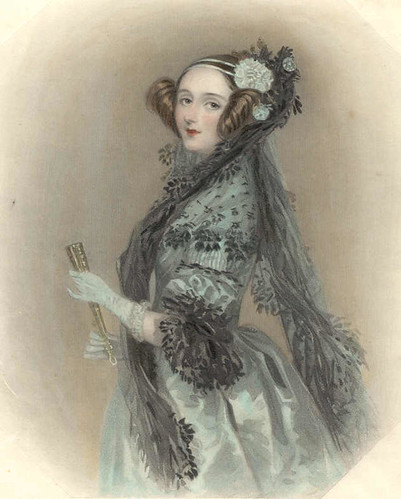 I am taking a break from the reality for the next few weeks and enjoying some time being entertained by the imagination of youth.  This past week, I was fortunate enough to spend it with a most creative group of tweens exploring the magic of puppetry! 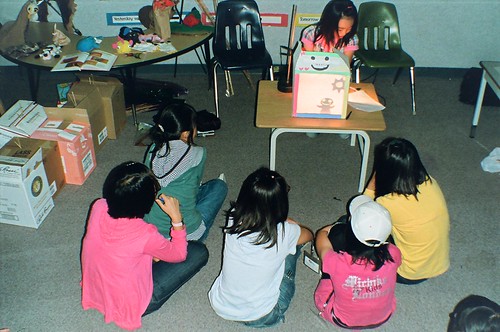 I always find amazing what kids come up with from the simple ideas that I give them.  This group of tweens was no different – the stories, their creations and their humour continually brought a smile to my face.

Also I discovered a few new tricks of my own and some great activities to do with my friends kids and my new niece to be (when she is a few years older).  Will post a few of those ideas here later this summer and more detailed versions in Cloverleaf Country and on the Ahimsa Media Educator’s Page later this year.  But for now ….. I saw this on my partner in Bridging Media, Megan Cole’s blog and thought it was quite a fitting way to end my week of puppetry.